Kelebihan Samsung Galaxy S20 Ultra - Samsung has just introduced its flagship smartphone. One of the variants that were held was the Galaxy S20 Ultra series. This smartphone has major advantages in its camera. He has a 108MP main camera with Nonacell. This allows it to combine nine pixels into one.

By adopting Nonacell, the ISOCELL Bright HM1 sensor capable of capturing brighter high-resolution images in various lighting conditions. And Samsung itself says Nonacell is an upgraded version of Tetracell. 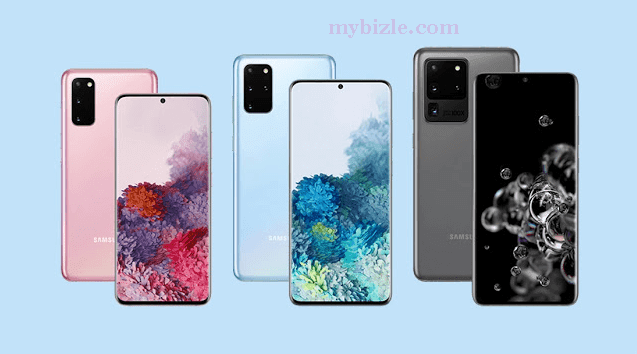 For information, the Galaxy S20 Ultra is the most flagship series of the Galaxy S20 line. This device has a Quad HD + Dynamic AMOLED 2x screen measuring 6.9 inches, HDR10 + support, and a frame rate of 120Hz. This device is already supported by LTE Cat20 technology which makes download speeds up to 2Gbps. Also, it is equipped with support for fast charging up to 45 watts.

The Galaxy S20 series released by Samsung are all also supported by various sensors. One of them is the ultrasonic fingerprint sensor which makes device security more secure. All three are also supported by pattern-based smartphone locking, biometrics, and face recognition. This device is also equipped with an IP68 certificate to protect the device from water.

Is the s20 ultra waterproof

One of the newest camera features in the Galaxy S20 is the single-take recording mode. This mode allows users to take 10 photos and 4 videos in one shot. The Galaxy S20 Ultra is not only equipped with some powerful features. One of the highlights is the "Space Zoom" feature with a zoom capability of up to 100x.

To enlarge an image up to 100x, Samsung uses a telephoto lens mechanism, "folded lens," aka periscope lens, as implemented in several other smartphone models, namely the Huawei P30 Pro and Oppo Reno Zoom 10x.

This telephoto lens has an aperture of f / 3.6 and is also equipped with an Optical Image Stabilizer. The original zoom level (optical, not digital) of the Galaxy S20 Ultra's telephoto lens is only 4x (102mm, full-frame equivalent).

However, Samsung implemented a few tricks to extend the zoom range even further to reach the 100x mark. Galaxy S20 Ultra applies "Hybrid Optical Zoom" to a combination of optical zoom and digital zoom up to a 10x zoom range.

Even though it involves digital techniques, because the sensor used has a high resolution (48 megapixels), Samsung claims that the image quality up to 10x zoom will not decrease, aka lossless.

As for the image-taking process for zooming up to 100x, it only relies on one camera, namely the 48-megapixel telephoto camera.